BREAKING — “Biden administration to seek five-year extension on key nuclear arms treaty in first foray with Russia,” WaPo: “As the Biden administration informs Moscow of its terms for an extension, the president will order Director of National Intelligence Avril Haines to provide him a full intelligence assessment of Russia’s alleged interference in the 2020 election, use of chemical weapons against opposition leader Alexei Navalny and bounties on U.S. soldiers in Afghanistan.”

SPEAKER NANCY PELOSI declined to say at her presser this morning when the House would send the impeachment article to the Senate. But she did say the impeachment managers are ready and that the Senate has “now informed us they’re ready to receive, the question is other questions about how a trial will proceed.” MITCH MCCONNELL and CHUCK SCHUMER are still haggling that out as part of their broader power-sharing agreement.

— PELOSI PREDICTED IT WOULD BE SENT SOON, and that the trial wouldn’t take long: “I do see a big difference between something that we all witnessed, versus what information you might need to substantiate an article of impeachment based in large part on a call the president made and described as ‘perfect.’”

— ASKED WHETHER SHE HAD SEEN any evidence of lawmakers giving tours of the Capitol to rioters prior to the attack, Pelosi didn’t offer any but did say: “We will have an after-action review that will review many aspects of what happened, if people did aid and abet, and there will be more than just comments from their colleagues here, there will be prosecution if they aided and abetted an insurrection in which people died.” More from Sarah Ferris and Heather Caygle

THERE’S NO MORE URGENT TASK for the new Biden administration than vaccine production and distribution to extricate the country from the pandemic. His transition team spent the last couple of months both laying out plans for rapid action and trying to temper expectations about what’s feasible.

TODAY, WE’RE GETTING SOME MORE CLARITY about how President JOE BIDEN’S team sees the situation — and the challenges. He’s focusing his first full day in office on the pandemic.

— CNN put out this worrying report: “Biden is inheriting a nonexistent Covid-19 vaccine plan from Trump administration, sources say”: “[I]n the immediate hours following Biden being sworn into office on Wednesday, sources with direct knowledge of the new administration's Covid-related work told CNN one of the biggest shocks that the Biden team had to digest during the transition period was what they saw as a complete lack of a vaccine distribution strategy under former President Donald Trump, even weeks after multiple vaccines were approved for use in the United States. ‘There is nothing for us to rework. We are going to have to build everything from scratch,’ one source said.”

— CDC DIRECTOR ROCHELLE WALENSKY warned on the “Today” show: “I’m going to tell you the truth here. I don’t think late February we’re going to have vaccine in every pharmacy in this country.” The interview

— PLENTY OF ATTENTION has centered on Biden’s pledge to administer 100 million vaccine doses in the first 100 days — but that’s a less impressive target than it may seem. The U.S. has already been administering close to 1 million doses daily in recent days. And since each person needs two doses of the Pfizer or Moderna vaccine, 100 million amounts to less than one-sixth of the U.S. getting their shots between now and late April — a far cry from the timetable officials like ANTHONY FAUCI have previously dangled.

— BLOOMBERG: “Fauci Pledges U.S. Covax Support in Re-Engagement With WHO”: “Fauci addressed the Geneva-based group a day after Joe Biden’s inauguration, underlining the new U.S. president’s effort to mend ties with an agency crucial to fighting the pandemic. He confirmed that the U.S. will join Covax, a 92-nation vaccine collaboration that the Trump administration declined to participate in.”

— THIS AFTERNOON, Biden will sign 10 executive orders focused on the pandemic. ALICE MIRANDA OLLSTEIN reports: “Topping Biden’s list is an order invoking the Defense Production Act to increase the supply of all the materials needed to get the vaccines into arms and ramp up testing. The order covers N95 masks and other protective gear, testing machines, rapid test kits and syringes capable of maximizing the amount of Covid vaccine that can be extracted from vials.” POLITICO

— PLAYBOOK METRO SECTION: WaPo’s JULIE ZAUZMER got the details of D.C.’s plans for vaccinating high-risk residents under 65, which would “give priority for coronavirus vaccines to the broadest possible swath of people with preexisting health conditions … [and] would offer vaccines to people whose weight and medical history would not qualify them for early access to the vaccine in almost any state in the country.” WaPo … The conditions that will qualify

AUSTIN’S POWERS — “Top Senate panel approves Austin, paving the way for confirmation as Pentagon chief,” by Connor O’Brien: “Senate Armed Services approved the waiver in a recorded vote and approved his nomination by voice vote … The move reflected bipartisan support for Austin ahead of a vote in the full Senate.”

“The government said 5.1 million Americans are continuing to receive state jobless benefits, down from 5.2 million in the previous week. That suggests that while some of the unemployed are finding jobs, others are likely using up their state benefits and transitioning to separate extended-benefit programs.” The report

Sign up for our must-read newsletter on what's driving the afternoon in Washington.

2022 WATCH — “Democrats plot to defend fragile Senate majority,” by James Arkin: “The path to keeping newly-anointed Majority Leader Chuck Schumer in control hinges on the same states Democrats just flipped: Arizona and Georgia, where Sens. Mark Kelly (D-Ariz.) and Raphael Warnock (D-Ga.) are immediately on the ballot again after winning special elections. Those two races, along with likely competitive contests in New Hampshire and Nevada against first-term Democrats, are Republicans’ most direct path back to the majority. …

“Meanwhile, Democrats have three clear offensive opportunities to bolster their majority: Pennsylvania and Wisconsin, two states Biden carried, and North Carolina, where he and a Democratic Senate challenger both lost narrowly in 2020.”

HERE COMES BARBARA LEE — “Adios AUMF? Democrats press Biden for help in revoking old war powers,” by Jennifer Scholtes and Connor O’Brien: “In a letter Thursday to Biden, five House Democrats called on the new president to quickly work with Congress to kill the 2002 authorization for the Iraq War and hone the 2001 powers for the war on terrorism.

“The letter — signed by chairs of the House Foreign Affairs, Intelligence and Rules committees — says any replacement authority must name mission objectives, adversaries and targeted countries, as well as include a sunset clause to ensure Congress regularly revisits the war powers debate.”

ABOUT LAST NIGHT — “Inauguration Day in Oregon: Protesters clash with police, feds during Inauguration Day march, ‘Abolish ICE’ protest,” Oregonian: “[A] crowd of about 200 people, including self-described anarchists, marched in the city’s Central Eastside area and smashed windows at the Democratic Party of Oregon headquarters. Some of the demonstrators carried a sign that read ‘We don’t want Biden, we want revenge!’ in response to ‘police murders’ and ‘imperialist wars.’”

UNRAVELING JAN. 6 — “How lawmakers trapped in the House stood their ground,” by Olivia Beavers: “Rep. Markwayne Mullin (R-Okla.), one of the dozens of lawmakers inside the House chamber, first leapt into action, helping an officer barricade the door on the House floor that leads to Statuary Hall. Texas freshman Reps. Troy Nehls, Tony Gonzales, Pat Fallon and Ronny Jackson, a Navy veteran, also soon joined Mullins in preparing to defend the chamber. With their ties and jackets off, they were bracing for battle. …

“In a series of interviews conducted in the days following the riots, five lawmakers who were inside the House chamber recounted at length to POLITICO how they banded together against the assailants, offering an inside look into the frenzied moments that will define Washington for years to come.”

BOMBS OVER BAGHDAD — “Baghdad Bombings Kill Dozens, Highlighting Iraq’s Challenges Amid U.S. Withdrawal,” WSJ: “Twin suicide bombings ripped through a crowded marketplace in Baghdad on Thursday, killing at least 32 people and wounding at least 75 others in the first such attack in Iraq’s capital in more than two years. The explosions shattered a period of relative calm after Islamic State lost the territory it controlled in Iraq and Syria in 2019.”

MEDIAWATCH — “‘There Are QAnon Believers in Congress’: Media Shifts to Covering Domestic Extremism: Newsrooms are shifting resources to deepen coverage of homegrown radicals in the wake of the storming of the Capitol,” Vanity Fair

— The Appeal is adding Erik Shute and Kendra Pittman as producers/editors. Shute previously was a producer and editor for CBS Interactive. Pittman previously was senior media producer for Sen. Bernie Sanders (I-Vt.).

KEEP UP WITH CONGRESS IN 2021: Tensions remain high on Capitol Hill as we inaugurate a new president this week. How are lawmakers planning to move forward after a tumultuous few weeks? How will a new Senate majority impact the legislative agenda? With so much at stake, our new Huddle author Olivia Beavers brings you the most important news and critical insight from Capitol Hill with assists from POLITICO's deeply sourced Congress team. Subscribe to Huddle, the essential guide to understanding Congress.

FIRST IN PLAYBOOK — James Hewitt is now comms director for Rep. Mike Waltz (R-Fla.). He most recently was associate administrator for public affairs at the EPA and is a State Department alum.

TRANSITIONS — Mike Burns is now deputy assistant HUD secretary for public affairs. He previously was deputy comms director for the House Appropriations Dems. … Todd Kim is now deputy general counsel at DOE. He previously was a partner at Reed Smith. … Rachel Millard is now a VP on Edelman’s financial comms team. She most recently was deputy director for public affairs at the CFTC, and is a John Thune alum. …

… Lindsay Owens is now interim executive director of the Groundwork Collaborative. She previously was a senior economic policy adviser to Sen. Elizabeth Warren (D-Mass.), and is a Keith Ellison and Pramila Jayapal alum. … Ryan McCormack is now COS for Rep. Scott Fitzgerald (R-Wis.). He most recently was COS at the Export-Import Bank. 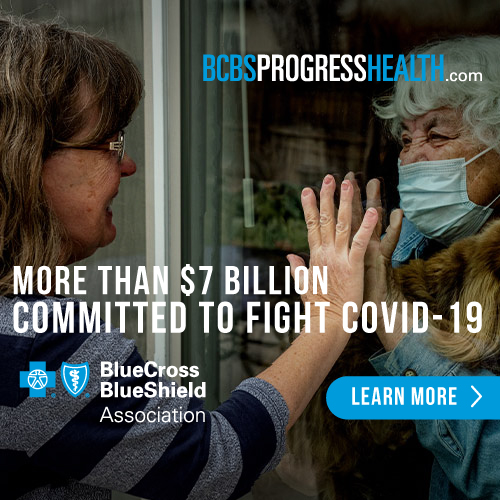 Taking action to fight the pandemic. See how we’re meeting the challenge.

Eli Okun is a Playbook producer and Playbook PM co-author.

Before joining POLITICO in 2017, he worked as a reporter for the New Hampshire Union Leader, covering local news and the 2016 election. He has also written for The Texas Tribune, Providence Business News and GlobalPost.

A Maryland native, he graduated from Brown University, where he studied international relations and was editor-in-chief of The Brown Daily Herald.
Garrett Ross is a Playbook producer and Playbook PM co-author.

Before joining POLITICO in 2017, he interned on The New York Times' copy desk and reported for The Associated Press on the 2016 Paralympic Games in Rio de Janeiro.

Despite calling Indiana, Kentucky and Maryland home, he graduated from Penn State University, where he studied print and digital journalism and served as editor-in-chief of The Daily Collegian.
永乐国际新版下载